HEALTHY WAYS TO BE HAPPY

HOW TO BE CONTENTED & HAPPY

ARE SQUATS GOOD OR BAD FOR BACK PAIN? 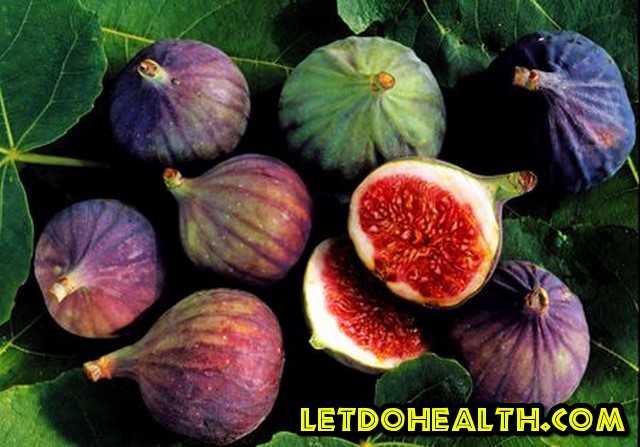 The fig occupations a high position among fruits. Soft, sweet and puply, this delicious fruit Promotes health. It is a pear-shaped hollow fruit, with sugary pulp and a large number of small seeds of golden color sticking to the wall of the cavity. It is variable in size and color. The ripe fresh fruit is juicy, wholesome and delicious. However, being highly perishable, it if sold in the world markets in its dry form.

Origin and Distribution
The fig is a native of Asia Minor and spread early to the Mediterranean region. It is a plant of extremely ancient cultivation and was grown in Egypt around 4,000 BC. It has been used as a principal food in the Mediterranean countries for thousands of years. The main areas of fig cultivation in India are Pune in Maharashtra, Sirangapatnam in Karnataka, Lucknow in Uttar Pradesh and parts of Gujarat.
Food Value
An analysis of the fresh fig shows it consists good amount of moisture and little protein, fat and carbohydrates. The dry fig has a high nutritive value. Its most important food element is sugar which forms 51 to 74 per cent of the whole fruit. It can be taken in various ways, either by itself or in combination with other foodstuffs enrich their food value. When taken with white flour, it removes much of its constipating effect. It combines very well with milk. Figs are often used for preparing cakes and jams. They are also made into pudding.
Natural Benefits and Curative Properties
Many medicinal virtues have been attributed to the fig. It is considered aorative food which helps in quick recovery after prolonged illness. It removes physical and mental exertion and endows the body with renewed vigour and strength. It is an excellent tonic for the weak people who suffer cracks in lips, tongue and mouth.
Constipation
Taken either fresh or dried, the fig is regarded as a dependable laxative on account of its large cellulose content and its tough skin. The tiny seeds in the fruit possess the property of stimulating peristaltic or wave like movements of intestines which facilitates easy evacuation of faeces and keeps the alimentary canal clean.
Piles
Owing to its laxative property, the fig is an excellent remedy for piles. Two or three dried figs should be soaked in cold water in a glass of enamelware in the night after cleaning them thoroughly with hot water. They should be taken next morning. Figs should be taken similarly in the evening. This will remove training at stools and then prevent the protrusion of the anus. The piles will be cured with regular use of figs in this manner for three or four weeks.
Asthma
Figs are considered beneficial in the treatment of asthma. Phlegmatic cases of cough and asthma are treated with success by their use. It gives comfort to the patient by draining of the
phlegm.
Sexual Weakness
Figs can be beneficially used in the treatment of sexual debility. They can be supplemented by other dry fruits like almonds and dry dates along with butter. Their use has proved effective in such cases
Corns
For corn of long duration, the milky juice of green figs helps to soften them. The milk has a mild necrotic action
Precautions
Figs should be washed thoroughly before use. The skin of the dry fruit being tough, the soaked fig is easy to digest. It is, however, essential to take the water along with the fruit as much of the nutrients come out into the water.

Figs are well known for their mild laxative effect, so care should be exercised when consuming fig juice. Try a small quantity at first, prepared from two or three fresh figs. The laxative prepared from the more concentrated, dried figs alone is so mild that it is suitable for children, so the action of the fresh fruit should cause you no alarm. However the term, syrup of figs, is often used to describe “Compound Syrup of Figs”, this stronger laxative has added senna, rhubarb and cascara extract to make it much stronger.
Fig juice is also recognized for its soothing effect on irritated bronchia: passages. This demulcent action is soothing to the inflamed mucous membranes that produce catarrh during a cold.

Fresh figs are a poor source of vitamin C, but they are a better source of vitamin B6 than most other fruits. Figs contain 110 mg of vitamin B6 per 100g.
Figs played an important part in the diet of both the ancient Greeks and Romans. The ancient Greeks fed large quantities to their athletes, the Spartans, in the belief that the fruit encouraged strength and swiftness. The Roman’s fed fresh figs to their slaves, particularly the agricultural workers, but dried figs were also widely consumed.

Note:
Information in this article is provided for informational and educational purposes only and is not meant to substitute for the advise provided by your own physician or other medical professional. If you suspect that you have a medical problem, promptly contact your health care provider.
Previous article Grapefruit and Apple Cider Vinegar Health Benefits Nutrition Facts Vitamins Calories
Next article Fruits Benefits for Health

January 28, 2019
There are no comments yet No comments